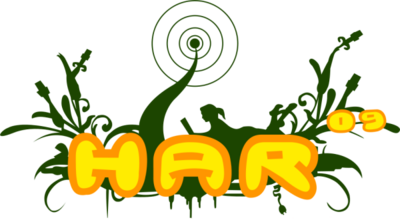 Celebrating the 5th anniversary of the founding of the BlinkenArea last year, it is now time to start for the future of researching and operating flashlights. The new meme of beautifulism & [de]light will lead us to the next generation of BlinkenArea projects. The lecture is intended to introduce the BlinkenArea, a project group of people who are interested in computers and electronics and in a creative handling of both of it. In the meantime, more than 60 hard- and software projects have been developed. The group grows constantly and the number of small and big projects rises as well. After the great performance at the Chaos Communication Camp 2003 and the amazing Twinkeldorpje at What The Hack! in 2005 we are ready for the next step in research and operation of flashing lights. We are going to define a new meme – beautifulism & [de]light.

Furthermore, we would like to recapitulate and showcase the main BlinkenArea project: display building bluebox. It turned an abandoned building constructed by using precast concrete slabs in the centre of Magdeburg (Germany) into an interactive computer display. The modification was inspired by similar projects, as Blinkenlights. Each of the 686 windows became a single pixel of the huge computerized screen by means of a foil and an usual halogen reflector lamp. Pictures and movies have been shown on the front of the building and everybody was able to play the simple games Pong, Pacman and Symmetris (kind of Tetris) on the huge computerised screen by calling a number via a (mobile) phone. In addition to that, the phone number could be used to start own movies using a code obtained by sending in the created movies via email.

Of course, we would also like to present our current projects started in 2009 and the development of our social engagement on which we set our sights as well. The attention is focussed on supporting children, fighting against poverty and spreading education. In the end of the lecture, we are going to share our ideas about upcoming projects and the future of flashlights.

The BlinkenArea people are going to organise a movie contest for HARCade (BlinkenArea project TroiCade, which will be built up somewhere at HAR area). Everybody can create movies shown on the project during the event by using a special software, provided on bluebox website. A jury will be assembled to choose the best movie and to award a prize at the end of HAR.

You can get almost all BlinkenArea members on the phone..