Difference between revisions of "BlinkyEnglish" 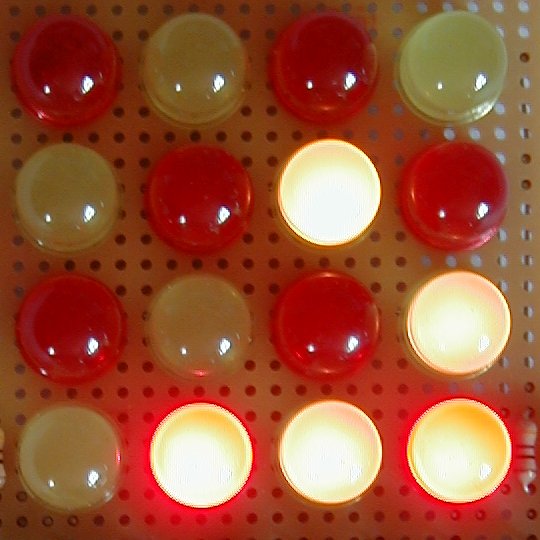 The idea of Blinky is stolen from a website, so I used the same name for this project. As the new firmware for Blinky is not available at that site, I decided to create a completely new one, useing a smaller microcontroller and adding a few features. It consists of 16 red and yellow 10mm LEDs that are placed in an alternating pattern to form a 4x4 pixel matrix. They can be lit in 16 different brightness values. The desired operating mode can be choosen with 2 keys that can be pressed either short or long. In addition, there is an RS232 port to receive streams from a PC and an 1Hz clock source (taken from the clockwork of an "analog" clock).